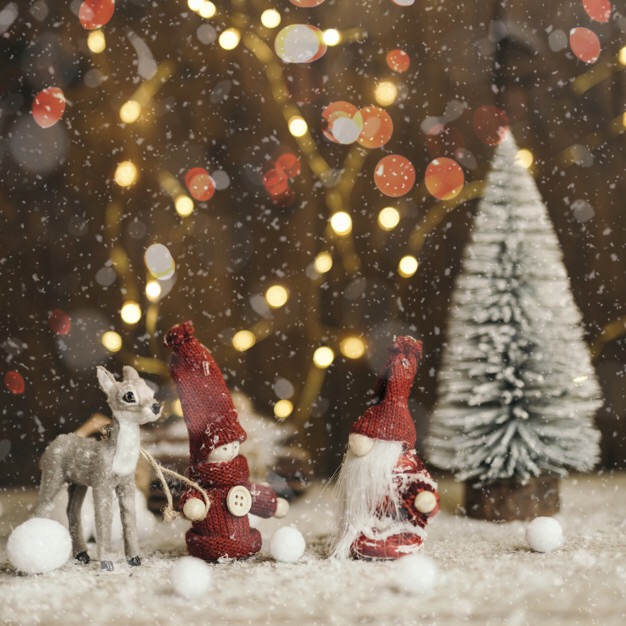 Merry Christmas to everyone!

This is a simple greeting post, not anything else! It’s always a bit difficult to make Christmas greetings without falling into banality! We lived this experience with children who impatiently and anxiously have waited for Santa Claus to bring the gifts asked in their letter and that under the tree they found the long-awaited games dreamed of for months!
Few days ago, I read a very strange research done by Professor Chris Boyle, a psychologist at the University of Exeter, who asked people all over the world to tell him what happened when they discovered the truth about Santa Claus. With the “Santa Survey”, Professor Boyle received 1,200 responses. It gave me a bit of melancholy that the majority of respondents said they felt betrayed when they discovered the truth.
This singular research has highlighted everything and more: from the threat of being included in the list of “bad children” from Santa Claus, which does not always work with all children, to clumsy parents whose errors, like hiding toys not efficiently or leaving Santa’s letter in the nightstand, are the main reasons why children lose their faith in the magic of Santa Claus; from the average age of 8 years when children have stopped believing to those ones have begun to have doubts about space in the sled or bag for so many toys! Some respondents said they were starting to have doubts as a child because no one could explain why Santa Claus did not bring food to poor children; someone else even claimed to have discovered the truth because the idea of Santa Claus scared the parents!
An unusual and strange research that however returns an amazing image: they would like to still believe in Santa Claus and the authentic magic of Christmas!
The best wishes I can give everyone is to experience the magic of Christmas with that light typical of a child’s eyes! The best wish is to keep the spark that makes children special and better than adults during all the year!
May Santa Claus spreads the magical Christmas powder on all of us!